21 May 2021 | Virtual Presentation in partnership with Simpson Millar

The Stars of Stick ‘n’ Step Awards are an opportunity to recognize, reward and thank our supporters; the people, groups and organisations that go above and beyond contributing their time, energy and donations to Stick ‘n’ Step every year. This event will be an evening of celebration to say a huge thank you to our supporters for their hard work, dedication and commitment. We simply couldn’t do it without them.

On Friday 21st May, the Stars of Stick ‘n’ Step Awards will be going ahead as an interactive virtual extravaganza hosted by MC Mark Jones. This will be super accessible for everyone to take part with the ability to attend from the comfort of your own home. There will be interactive games, music, entertainment and of course the announcement of our finalists and winners for our 10 award categories. Each of the finalists in the categories will be given a free interactive pass to attend the event and take part in the games online; we have lots of great prizes to be won.

Nominations are now open until Sunday 11 April and we want YOU to tell us about the ‘Stars’ who you think deserve a nomination. There are 10 categories to choose from:

This will be presented to an individual who has raised a large amount of money, generated awareness of the charity or has been a selfless volunteer for several years.

For this award the judges will recognise an individual who has worked tirelessly behind the scenes to support the charity. For example, they maybe someone who has donated prizes for events, shared their expertise and skills to make a project possible or simply been committed to filling a shaker tin, year after year.

Corporate Supporter of the Year

This will be a business that has shown commitment to the charity through fundraising, donation of goods or volunteer activity.

Volunteer of the Year

The winner of this award will be an individual who has shown considerable commitment to the charity through the contribution of their time, energy and enthusiasm.

This award will be presented to an individual that has raised money or awareness for the charity by committing their time and energy to a physical challenge.

This award will be presented in recognition of an individual who has raised money or awareness of the charity.

This award will be presented in recognition of a group of people who have come together to raise money or awareness of the charity.

This award will be presented to a child whose personality, determination, commitment, and perseverance shines through in every session.

The B & M Waste Inspiration Award

The winner of the award will be selected by the panel of judges and will be a person or group that has shown extra-ordinary commitment to the charity through fundraising, raising awareness or volunteering throughout their lifetime.

You can download a nomination form here. When you have completed it you can return it to either of the Stick ‘n’ Step centres:

or copy it and email fundraising@sticknstep.org. You can send in as many nominations as you like for one or more of the categories. If you nominated last year these are still on file and will be included however, you might want to add some further information.

If you require additional hard copies of the form please contact Samantha on 07483 950065 to arrange postage.

Please note that the deadline for all nominations to be received is Friday 11th April. 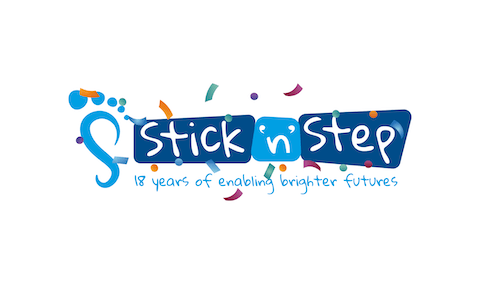 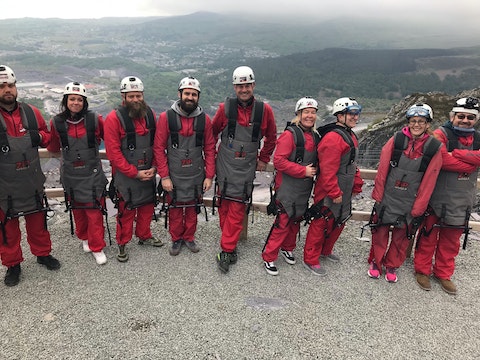